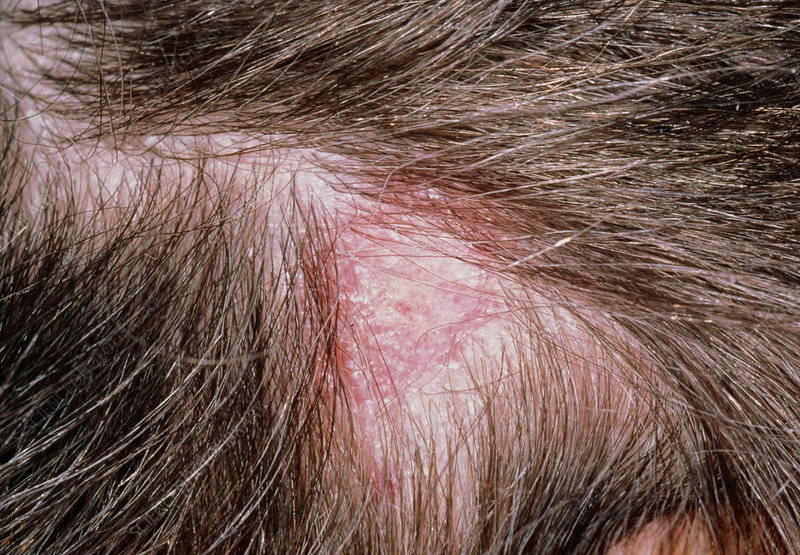 {Disclaimer: This is not medical advice, does not take the place of medical advice from your physician, and is not intended to treat or cure any disease. Patients should see a qualified medical provider for assessment and treatment. Also, please seek the advice of a professional when buying products for small children}

Scalp conditions can be unsightly, embarrassing and uncomfortable. However, when it comes to tinea capitis and seborrheic dermatitis, the good news is that these problems are entirely treatable. In order to treat them effectively, however, it helps to understand each condition and how they differentiate from each other.


Tinea capitis is also known as ringworm and typically only affects small children. Despite the name, the condition does not involve actual worms; it is a cutaneous fungal infection of the scalp that results in hair loss. Seborrheic dermatitis, alternatively, does occur in older children. Unlike tinea capitis, dermatitis does not result in hair loss, although the scaly lesions present on the scalp may appear to be very similar. Therefore, despite the scaly lesions appearing similar in both disorders, both are unique afflictions with unique treatments and therapies.

A superficial fungal infection causes tinea capitis or ringworm. It is usually contracted after coming in contact with someone or something that contains the infected fungi. Tinea capitis typically affects the skin and hair follicles of the scalp, eyelashes and eyebrows. Considered a form of dermatophytosis or superficial mycosis, it attacks hair shafts, causing hair loss. It is often characterized by round or circular bald patches, with the infection spreading outward, causing swelling that resembles a ring.

Unfortunately, doctors and dermatologists do not yet know the root cause of seborrheic dermatitis. However, they do speculate that the condition can stem from an irregular Immunol response or a fungus called Malassezia, which is found in the oil secretions of the skin. Beyond these hypothetical causes, there is also speculation that certain medications and other neurological and psychiatric conditions can increase the risk of developing the condition. Seborrheic dermatitis is characterized by scaly patches, dandruff and red skin on the scalp.


Tinea capitis can present in several ways. For example, dry-scaling that results in flaking or dandruff is one symptom. Also, smooth areas of hair loss or the appearance of black dots where hairs have broken away from the scalp. In more extreme scenarios, the condition can result in an inflamed mass or abscess, or yellow crusts and matted hair. In mild occurrences, patients may only experience mild scaling with minimal discomfort.

Seborrheic dermatitis typically presents as patches of oily or greasy skin and dandruff. The flakes are usually white or yellow and can appear all over the body, but primarily the scalp. In addition to the flaking, patients will typically experience itchiness and red patches of skin where the condition is inflamed. Seborrheic dermatitis also tends to flare up or become worse when patients are stressed or when environmental conditions change.

Anytime you are unsure of something that is happening with your body, you should seek medical advice, especially when symptoms are hard to manage. If you suspect you or your child have ringworm, see a physician for antifungal medications. You should also seek medical assistance when you suffer from seborrheic dermatitis if discomfort is interfering with daily routines or causing anxiety or if the condition shows signs of infection.

Despite the instances when medical intervention is necessary, it is possible to effectively treat seborrheic dermatitis with over-the-counter treatments. Paired with an expert opinion from a medical professional, the following high-quality products can effectively manage and reduce the physical symptoms of both tinea capitis and seborrheic dermatitis.

If you have symptoms of either tinea capitis or seborrheic dermatitis, you may want to verify your suspicions with a doctor or dermatologist. In the meantime, however, combat the general symptoms related to dandruff, itchiness of the scalp, and other issues with help from DS Laboratories.

SHOP THESE SHAMPOOS FOR TREATMENT